THE GROUP OPENS ITS DOORS TO CANDIDATES IN A WEEKLY LIVE CHAT.

Milan, 19 September 2016 – Now in its sixth edition, Build the Future, the international recruitment program adopted by Prysmian Group, world leader in the energy and telecom cable industry, aims to identify and train the brilliant aspiring professionals of tomorrow.

The new search process is aimed at selecting 40 new graduates in Economics, Engineering, Physics, Chemistry and Mathematics. This year’s edition will bring the number of talented young people of various nationalities who have joined the company through the program to over 200. Candidates must have an entrepreneurial spirit, be interested in and willing to change, capable of working in teams and possess leadership skills, and a strong interest in and motivation for international experiences.

The introductory program will envisage for the selected resources an initial training period at the Milan headquarters, in partnership with SDA Bocconi School of Management, followed by a one-year job rotation in the country of origin (R&D, operations and sales) and two years abroad within a specific department. The first months will allow the selected participants to get to the heart of the Group’s dynamics and its production process. The subsequent years of experience will allow the new graduates to be fully integrated into the organisation, and thus to make their own significant contributions to business objectives.

“Making the most of our resources and recruitment programs remains a fundamental aspect of the Group’s growth: the promising young people of today are a very valuable resource for the company’s future. In this regard, Build the Future, now in its sixth edition, is a concrete example of the strategy adopted by the Group, which believes strongly in the competitive advantage that derives from the talent of its people,” stated Fabrizio Rutschmann, Human Resources and Organisation Director.

The program’s objective, after the first three years, is to assign the roles of junior management or specialist in a technical area, in the country of origin or abroad, according to a merit-based approach based on performance evaluations, personal aptitudes, results and company needs.

This year, for the first time Prysmian will be opening its doors to candidates as early as during the selection process, through a weekly live chat on the Prysmian Group Graduate Program Facebook page, on Tuesdays at 3:00p.m. (CET). This is an important opportunity to make direct contact with the company, listen to the voices of managers and graduates who have already begun their journey, talk to other candidates and ask questions of all kinds.

The search for the approximately 40 talents will continue until 31 December 2016, through a thorough recruitment and evaluation process carried out at both the local and Group level. Their integration within the company is planned by the first quarter of 2017.

All the details to apply for the program and the registration form are available on the website www.prysmiangroup.com.

Prysmian Group
Prysmian Group is world leader in the energy and telecom cable systems industry. With almost 140 years of experience, sales of about €7.5 billion in 2015, over 19,000 employees across 50 countries and 88 plants, the Group is strongly positioned in high-tech markets and offers the widest possible range of products, services, technologies and know-how. It operates in the businesses of underground and submarine cables and systems for power transmission and distribution, of special cables for applications in many different industries and of medium and low voltage cables for the construction and infrastructure sectors. For the telecommunications industry, the Group manufactures cables and accessories for voice, video and data transmission, offering a comprehensive range of optical fibres, optical and copper cables and connectivity systems. Prysmian is a public company, listed on the Italian Stock Exchange in the FTSE MIB index. 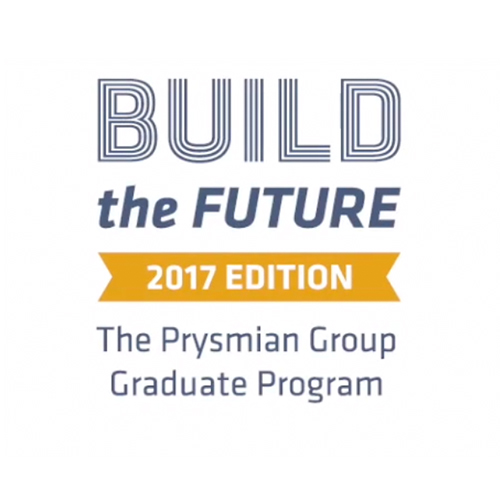