The transaction, which has been unanimously approved by each company’s Board of Directors and recommended to its shareholders by General Cable’s Board of Directors, is expected to close by the third quarter of 2018, subject to the approval of General Cable’s shareholders representing at least a majority of the outstanding shares, regulatory approvals, and other customary conditions.

“The acquisition of General Cable represents a landmark moment for Prysmian Group and a strategic and unique opportunity to create value for our shareholders and customers,” said Valerio Battista, Prysmian Group CEO. “Through the combination of two of the premier companies in the cable industry we will be enhancing our position in the sector, by increasing our presence in North America and expanding our footprint in Europe and South America.”

John E. Welsh, III, Non-Executive Chairman of the Board of General Cable, said, “Today’s announcement is the culmination of a thorough and robust review of strategic alternatives undertaken by the General Cable Board of Directors. We are confident that this transaction maximizes value for our shareholders.”

Michael T. McDonnell, General Cable President and Chief Executive Officer, said, “This combination is an ideal strategic fit and ensures we are well-positioned to meet the future opportunities and challenges in the dynamic and evolving wire and cable industry. Together, we will be able to deliver a robust portfolio of products and services and new product innovation across the full breadth of the wire and cable industry globally. Importantly, Prysmian and General Cable have a shared vision and highly compatible cultures founded on similar values.”

Mr. McDonnell continued, “I am extremely proud of our people’s efforts to transform our business over the past several years, including rationalizing the asset base and refocusing on core businesses, streamlining our supply chain, and accelerating profitable growth and innovation in key segments. Today’s announcement is a testament to the team’s hard work and tireless dedication.”

The transaction is expected to generate EPS accretion1 in the range of 10-12% for Prysmian shareholders already within the first year following closing (excluding cost synergies and before related implementation costs).

The transaction will be financed through a mix of new debt (for which Prysmian has received lender commitments), cash on hand and existing credit lines, resulting in anticipated pro forma net leverage for the combined group of 2.9x Net Financial Position2 over adj. EBITDA3 LTM 3Q-2017 PF.

The Board of Directors of Prysmian S.p.A. has requested the Group Chief Financial Officer to analyze the opportunity for Prysmian S.p.A. to implement over the next 12 months a rights issue or other comparable structures for an aggregate maximum amount of €500,000,000.

Slide presentation packs will be available at www.prysmian.com

Prysmian Group is world leader in the energy and telecom cable systems industry. With nearly 140 years of experience, sales of over €7.5 billion in 2016, 21,000 employees across 50 countries and 82 plants, the Group is strongly positioned in high-tech markets and offers the widest possible range of products, services, technologies and know-how. It operates in the businesses of underground and submarine cables and systems for power transmission and distribution, of special cables for applications in many different industries and of medium and low voltage cables for the construction and infrastructure sectors. For the telecommunications industry, the Group manufactures cables and accessories for voice, video and data transmission, offering a comprehensive range of optical fibres, optical and copper cables and connectivity systems. Prysmian is a public company, listed on the Italian Stock Exchange in the FTSE MIB index.

General Cable (NYSE:BGC), with headquarters in Highland Heights, Kentucky, is a global leader in the development, design, manufacture, marketing and distribution of aluminum, copper and fiber optic wire and cable products for the energy, communications, transportation, industrial, construction and specialty segments. General Cable is one of the largest wire and cable manufacturing companies in the world, operating manufacturing facilities in its core geographical markets, and has sales representation and distribution worldwide.

Important Additional Information and Where to Find It

In connection with the proposed transaction, General Cable will file with the SEC and mail or otherwise provide to its shareholders a proxy statement regarding the proposed transaction. BEFORE MAKING ANY VOTING DECISION, GENERAL CABLE’S SHAREHOLDERS ARE URGED TO CAREFULLY READ THE PROXY STATEMENT IN ITS ENTIRETY WHEN IT BECOMES AVAILABLE AND ANY OTHER DOCUMENTS FILED WITH THE SEC IN CONNECTION WITH THE PROPOSED TRANSACTION OR INCORPORATED BY REFERENCE THEREIN BECAUSE THEY WILL CONTAIN IMPORTANT INFORMATION ABOUT THE PROPOSED TRANSACTION AND THE PARTIES TO THE PROPOSED TRANSACTION. Investors and security holders may obtain a free copy of the proxy statement and other documents that General Cable files with the SEC (when available) from the SEC’s website at www.sec.gov and General Cable’s website at https://generalcable.com. In addition, the proxy statement and other documents filed by General Cable with the SEC (when available) may be obtained from General Cable free of charge by directing a request to the attention of Investor Relation, General Cable Corporation, 4 Tesseneer Drive, Highland Heights, KY 41076.

A copy of the definitive merger agreement will be available as an exhibit to a Current Report on Form 8-K of General Cable, which is expected to be filed with the SEC on or about December 4th , 2017 and will be publicly accessible from the SEC’s website at www.sec.gov

annual report on Form 10-K. Additional information regarding the interests of participants in the solicitation of proxies in connection with the proposed transactions will be included in the proxy statement that General Cable intends to file with the SEC with respect to the proposed transaction. These documents may be obtained for free as described above. 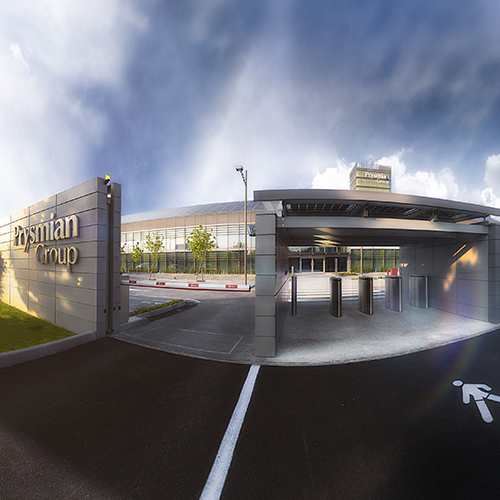