“This milestone innovation shapes the progress of the entire HVDC (High Voltage Direct Current) cable industry, reaching 3.5 GW per bipole, the highest power rating ever, with cost reductions of up to 30% per transmitted MW.”, stated Massimo Battaini, Senior Vice President Energy Projects at Prysmian Group. “The successful testing at 600 kV is further proof of the quality and robustness of the P-Laser insulation technology” he added.

P-Laser is the name given to the most advanced and innovative technology using an in-house developed thermoplastic material – known as HPTE (High Performance Thermoplastic Elastomer) – that permits a more efficient cable production with lower environmental impact than traditional XLPE, where the manufacture is performed in a single and continuous process. A key feature of this new insulation technology is that, compared to XLPE, it does not require a chemical reaction during manufacture to achieve the material properties required for the long term electrical integrity of HVDC insulation systems. This feature gives the additional benefit of shorter production times and results in both reduced energy consumption as well as lower greenhouse gas emissions. P-Laser technology is fully compatible with existing cable and accessory technologies and provides a better electrical performance and a higher reliability in comparison to traditional XLPE-insulated cables.

P-Laser application to HVDC underground and submarine systems marks a world first in the cable industry. This milestone achievement follows the Group’s announcement in May this year of the successful type testing for the XLPE extruded cable solution at the same voltage level (600 kV DC) and is the third insulation technology made available by Prysmian for UHVDC (Ultra High Voltage DC) in less than 1 year. These achievements further mark Prysmian’s undisputed commitment to continuous innovation and the Group’s technology leadership.

Prysmian Group
Prysmian Group is world leader in the energy and telecom cable systems industry. With almost 140 years of experience, sales of about €7.5 billion in 2015, over 19,000 employees across 50 countries and 88 plants, the Group is strongly positioned in high-tech markets and offers the widest possible range of products, services, technologies and know-how. It operates in the businesses of underground and submarine cables and systems for power transmission and distribution, of special cables for applications in many different industries and of medium and low voltage cables for the construction and infrastructure sectors. For the telecommunications industry, the Group manufactures cables and accessories for voice, video and data transmission, offering a comprehensive range of optical fibres, optical and copper cables and connectivity systems. Prysmian is a public company, listed on the Italian Stock Exchange in the FTSE MIB index. 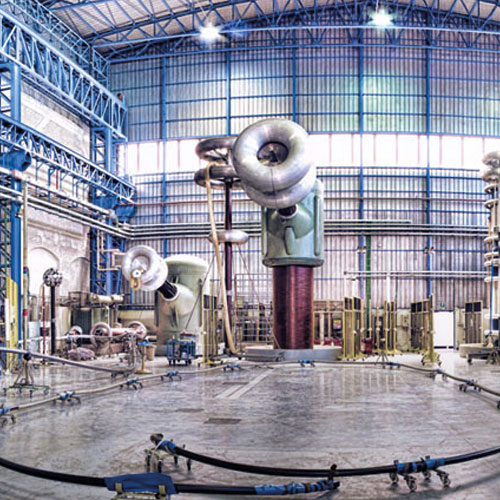