Two northern beaches businesses are helping connect Australians to the NBN, including in Scotland Island, which will soon be connected to the outside world following a delicate three-week underwater operation. 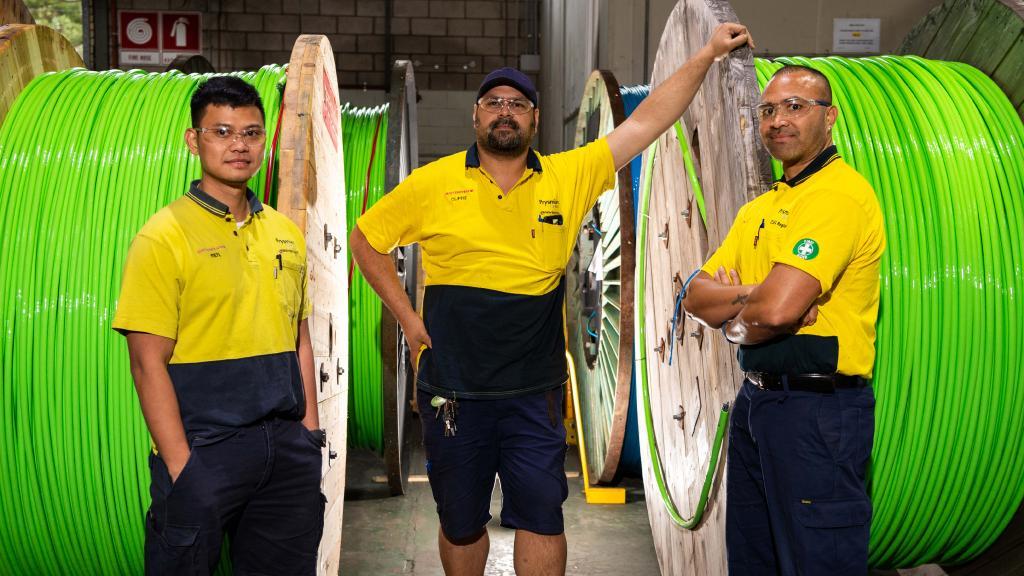 In a small factory on the northern beaches hundreds of thousands of metres of telecommunications cable is being produced for the Australia-wide NBN rollout. Around 100 people employed at Prysmian, in Dee Why, have been working flat out during the COVID-19 pandemic. Their work to help power the nation is seen as an essential service. Not too far away in Seaforth another peninsula business is helping to lay the cable – in very tricky conditions. 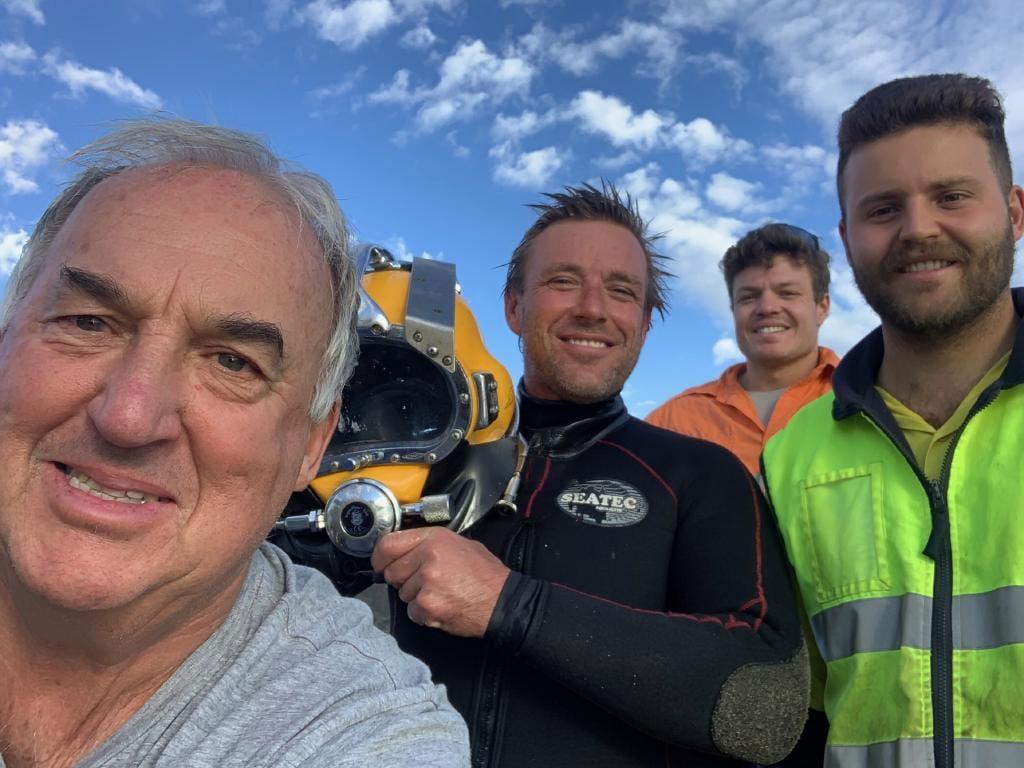 The crew from The Diving Co based in Seaforth that are currently laying NBN optic cable underwater, including across Pittwater to Scotland Island. Left to right: Diving supervisor Mark Dowd, of Avalon; diver Sean Mentieth, of Narrabeen; diver Jared Darcy, of Dee Why; and deckhand Hugo Dowd of Avalon

This month a team from The Diving Co, based in Seaforth, helped lay underwater submarine optic fibre cables from the mainland at Church Point to Scotland Island. This week they’re laying cable from Brooklyn to Dangar Island. This northern beaches success story is probably one many on the peninsula don’t know about. 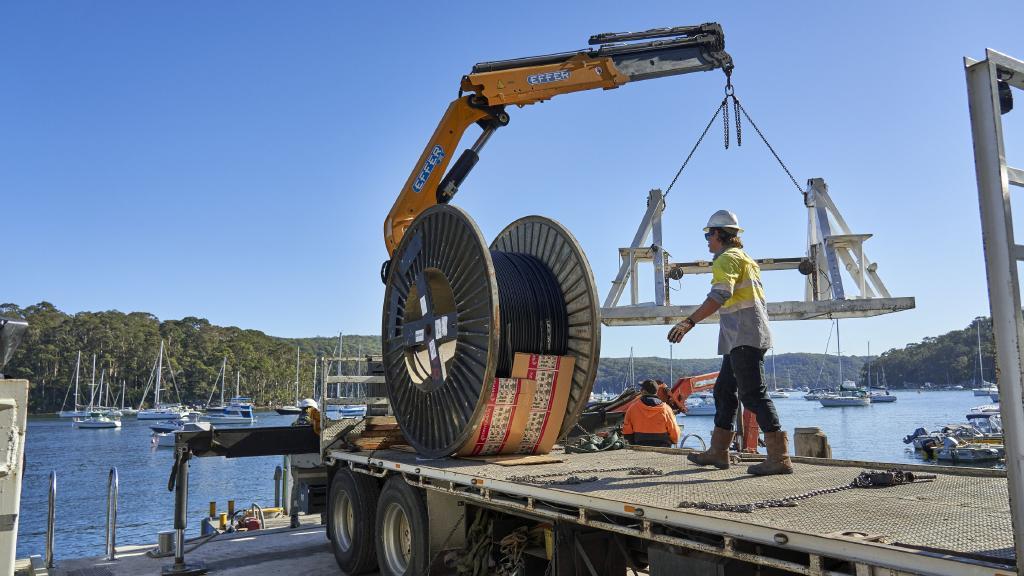 Danny Doyle from Prysmian said the Dee Why plant which has been operating since the 1960s, produces fibre optic and metallic telecommunication cables primarily for Australia and New Zealand, but also exporting to Europe and USA.

“In the last 20 years, the fibre optic strands contained in cables made at our Dee Why plant would wrap around the globe 500 times, the copper pairs contained in our copper cables 250 times,” Mr Doyle said.

“Our telecommunication business supplies most of the fibre optic and metallic cables installed in Australia and New Zealand.This success has been achieved despite strong and relentless competition from Asian manufacturers over many years. One big factor in our success is that we manufacture in Australia. This enables us to be very responsive to industry needs, developing cables that best fit local requirements and being able to make and deliver them in much shorter times than offshore competition.” 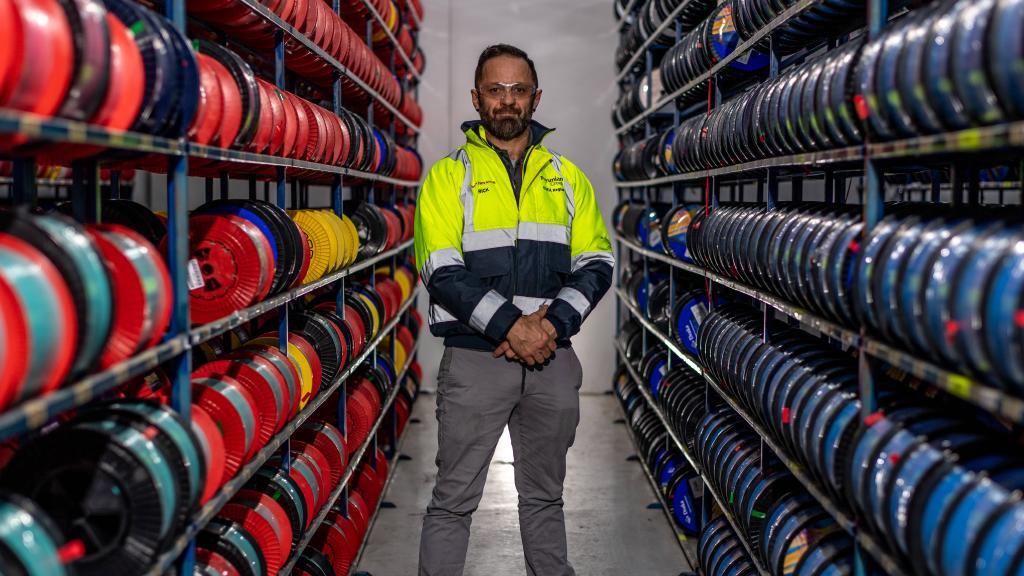 “Australian and New Zealand carriers also demand the security that only local manufacture can provide. As we negotiate and emerge from the COVID-19 pandemic, this will become even more important as international supply chains become higher risk.”

Meanwhile, Simon Guthrie from The Diving Co said his highly trained commercial divers are mainly all from the northern beaches but often work further afield, so connecting Scotland Island was a welcome job for them. They also ran cable along the western Pittwater side.

“They’re all very strong, tough professional divers,” he said. “The work may sound good, but they go out all year round. Most retire from commercial diving by the age of 50.” 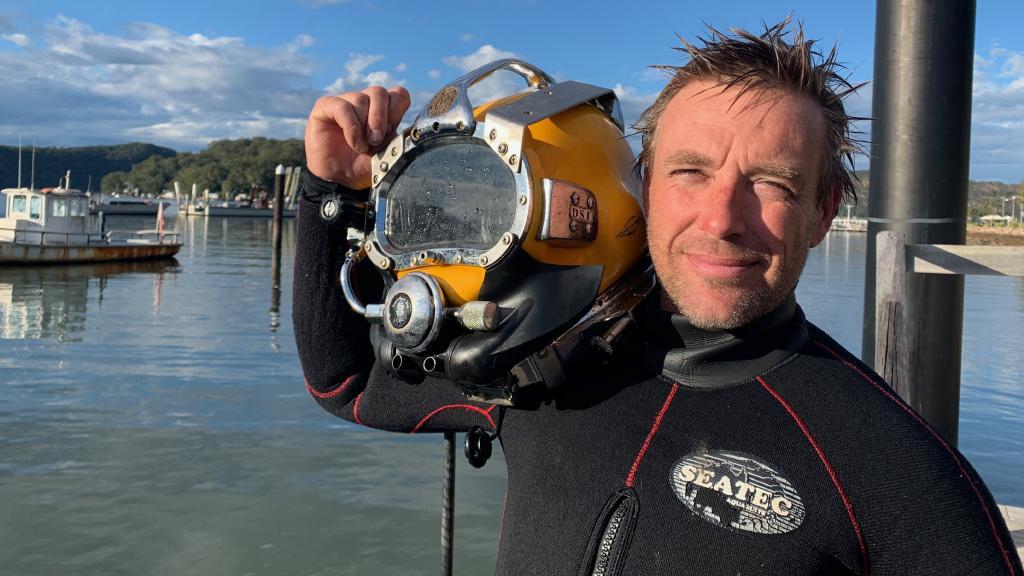 Sean Mentieth, a commercial diver, from Narrabeen, who works for The Diving Co, based in Seaforth. The team is currently working in the Hawesbury River.
Picture: Supplied

Before the cable is laid, a special environmental map of the area is made to ensure environmental protection, particularly of sea grasses. The divers then have to protect the cable with special armour called articulated pipe in places where damage can occur, such as close to shore and where boat activity occurs. On the seabed the cable is buried around a metre deep, using a special water jet in some areas, depending on the seabed environment and geography. Former navy clearance diver Jared Darcey, 28, of Dee Why, said the Scotland Island job took around three weeks and they laid around 800m of cable around the seagrass sanctuary, where possible. Where that was not possible they covered the cable with armour instead of burying it. In another area they came across a type of seagrass considered to be a pest which they were obligated to remove while they were laying the cable. “This was a local operation and it was good to have local knowledge,” Mr Darcey said. “I grew up around Pittwater and have dived there for years.” 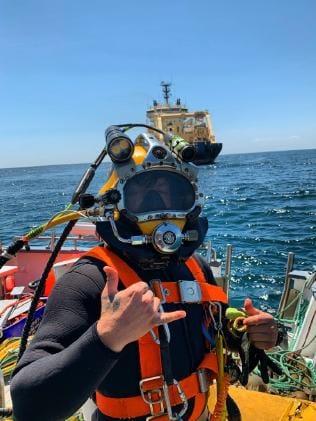 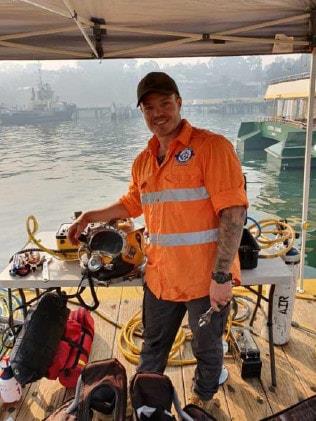 He said they saw the odd stingray while working, and a lot of mud. “There’s a lot of soft mud in the seabed and layers of oysters from years ago,” he said. The team is currently in the Hawkesbury River connecting remote spots along the waterway. Work will begin in June connecting other outlying remote communities around Pittwater including Elvina Bay, Lovett Bay and Morning Bay. A NBN spokesman said connecting to Scotland Island was a complex task and more work on the island needs to be done before residents can be switched on, including bringing in new poles, and aerial cables in this instance. He said by connecting to the NBN, people living on Scotland Island will have their internet experience enhanced by being connected to fast, reliable broadband, which has not been possible before with ADSL. Meanwhile, the majority of northern beaches homes and businesses are now connected or ready to connect, with the last major connections due at end of June, and a couple later in the year. 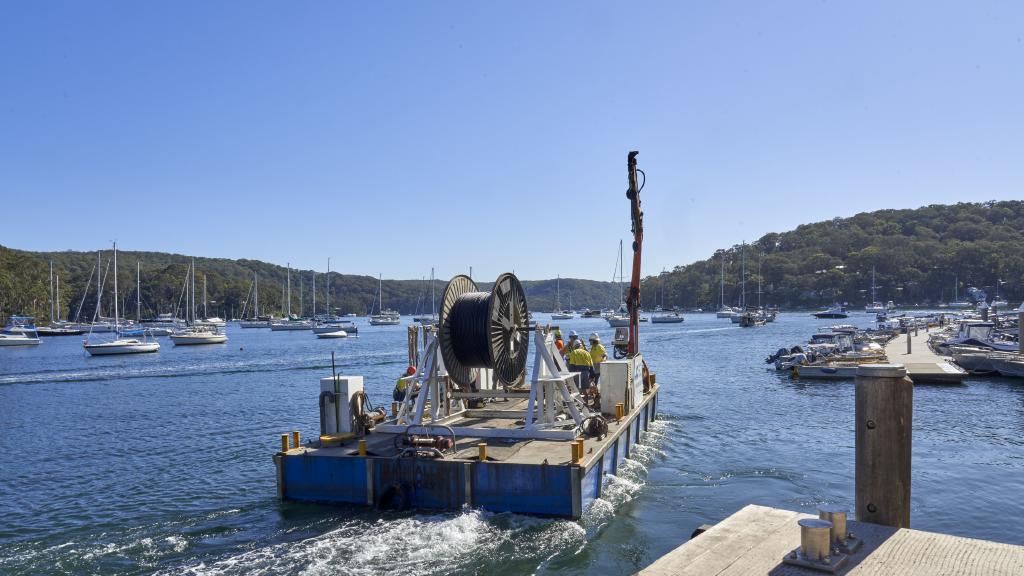 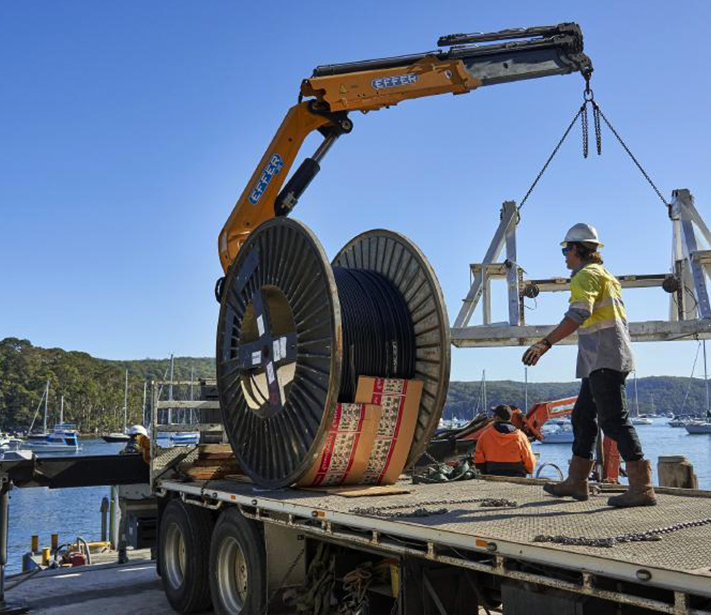